Burning down the house by remote control

A few weeks ago I blew up my Octoprint installation by adding and deleting too many extensions at the same time. Before reinstalling, I thought it might be a good time to upgrade a bit.  So now there’s a cute little mostly-empty box sitting next to my Octopi. First item: the Pi is now powered from the 5-volt standby pin of the ATX supply that also runs the printer. Second item: a tiny proto board with a MOSFET that bridges the ATX supply’s power-on pin to ground — with the gate wired to the Pi — and another header that brings out the power-good signal so that the Pi will know what’s currently going on in ATX-land. 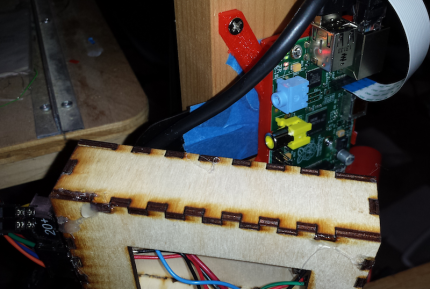 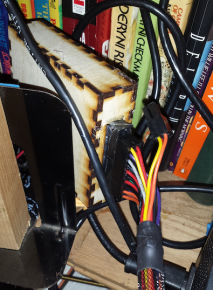 So now I can fire up an Octoprint browser window from the other end of the house, turn on my 3D printer remotely, and crank the hot end and bed up to whatever temperatures I want before printing something. Somewhere I also have a filament sensor, so wiring that to the Pi’s GPIO will be next.

It was all fairly simple, all things considered. I stole a 22-pin(!) ATX connector from an old mac motherboard hanging around in the basement and wired everything to that. Powering the pi meant soldering big wires to a micro-usb plug from Adafruit (whose technical info doesn’t include a pinout) — if I had it to do over again I probably would have just dissected a charging cable. And getting the power-supply plugin to work with Octopi took a few extra minutes because of the usual confusion over GPIO numbering (I thought I was using WiringPi notation, but nope). And when I cut the box I made a big hole in it so I could eventually screw the box to something, but for now it’s just hanging in midair.  Makes using the printer that much easier, though.

Like Loading...
This entry was posted in making, probably boring and tagged 3D printing, electronics. Bookmark the permalink.