Today was “education day” at CMF, which meant hundreds of kids coming up and asking about the laser cutter in the courtyard of the barn. 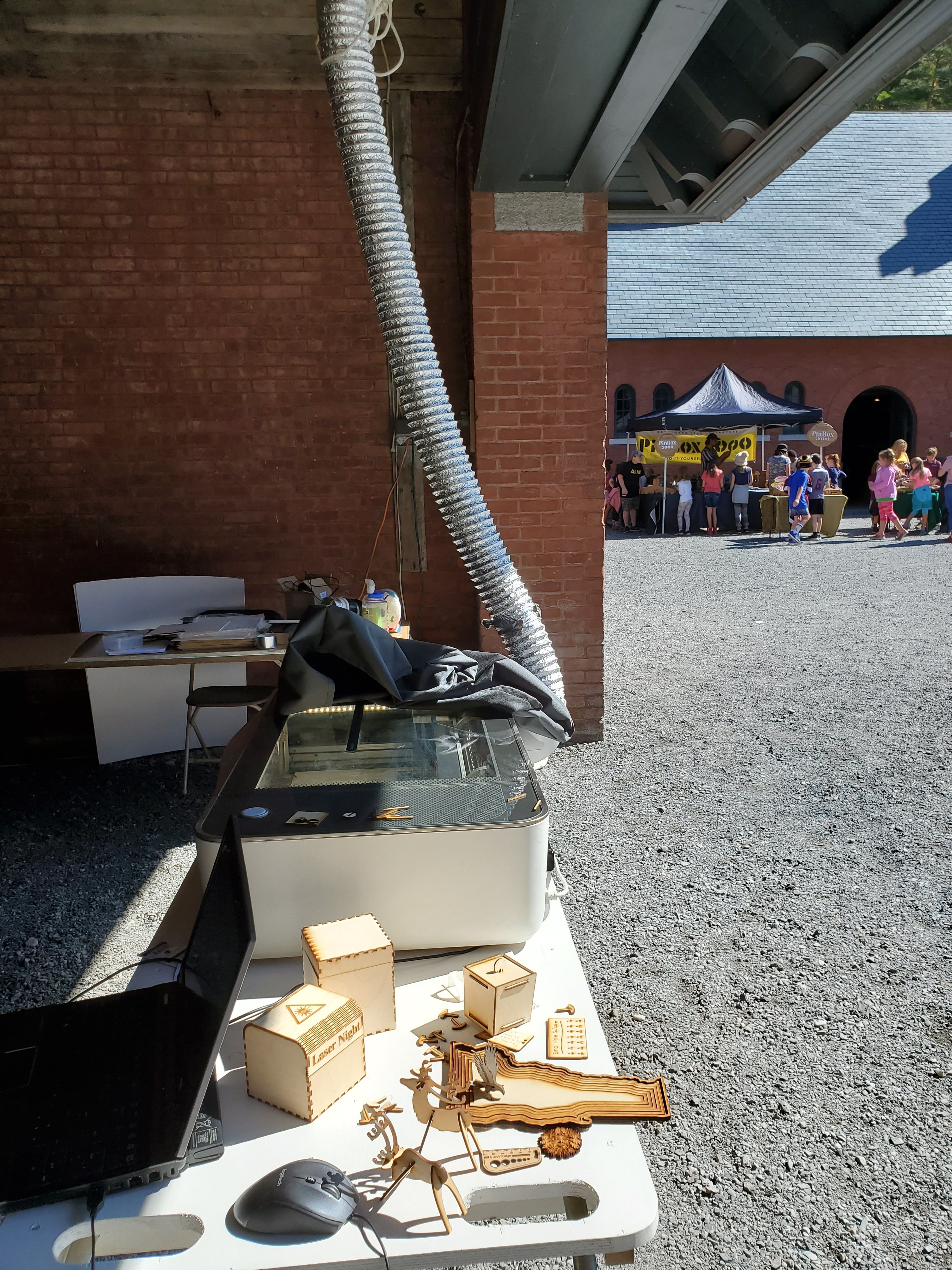 (Oh, and that tent in the background with all the kids, that’s Ben Matchstick and his amazing cardboard pinball kits. Much more fun than a laser.)

For most of them, alas, all I got to do was show them stuff I’d alread cut and explain that Bill was not getting along with the barn’s wifi. I got there about 9, and it wasn’t until noon that the bits deigned to flow properly.

But I was still impressed with how interested a lot of them were (from littles in first or second grade all the way through high schoolers). Lots of the kids knew what a laser cutter was, a few schools have got them, and about half a dozen teachers talked about their efforts to do fund-raising or get grants for a laser. (I gently pushed the glowforge because — when it is talking to the internet — it just works, and because teachers and students already know Inkscape and other basic drawing programs. And then there was the kid whose school has a Really Big Laser: he described it inching along cutting metal, and the fun things you could do with same.)

Tomorrow, with luck, I’ll be in a part of the barn with a better signal (maybe even three bars of wifi). And I’ll have an assistant, so I’ll be able to visit the wonderful food trucks instead of snatching bites of a bagel between explanations of how lasers aren’t just really bright lights.