Huzzah! Today we were inside and had decent wifi. Bill started right up and connected with no problem, and we spent the day cutting and engraving for curious onlookers. 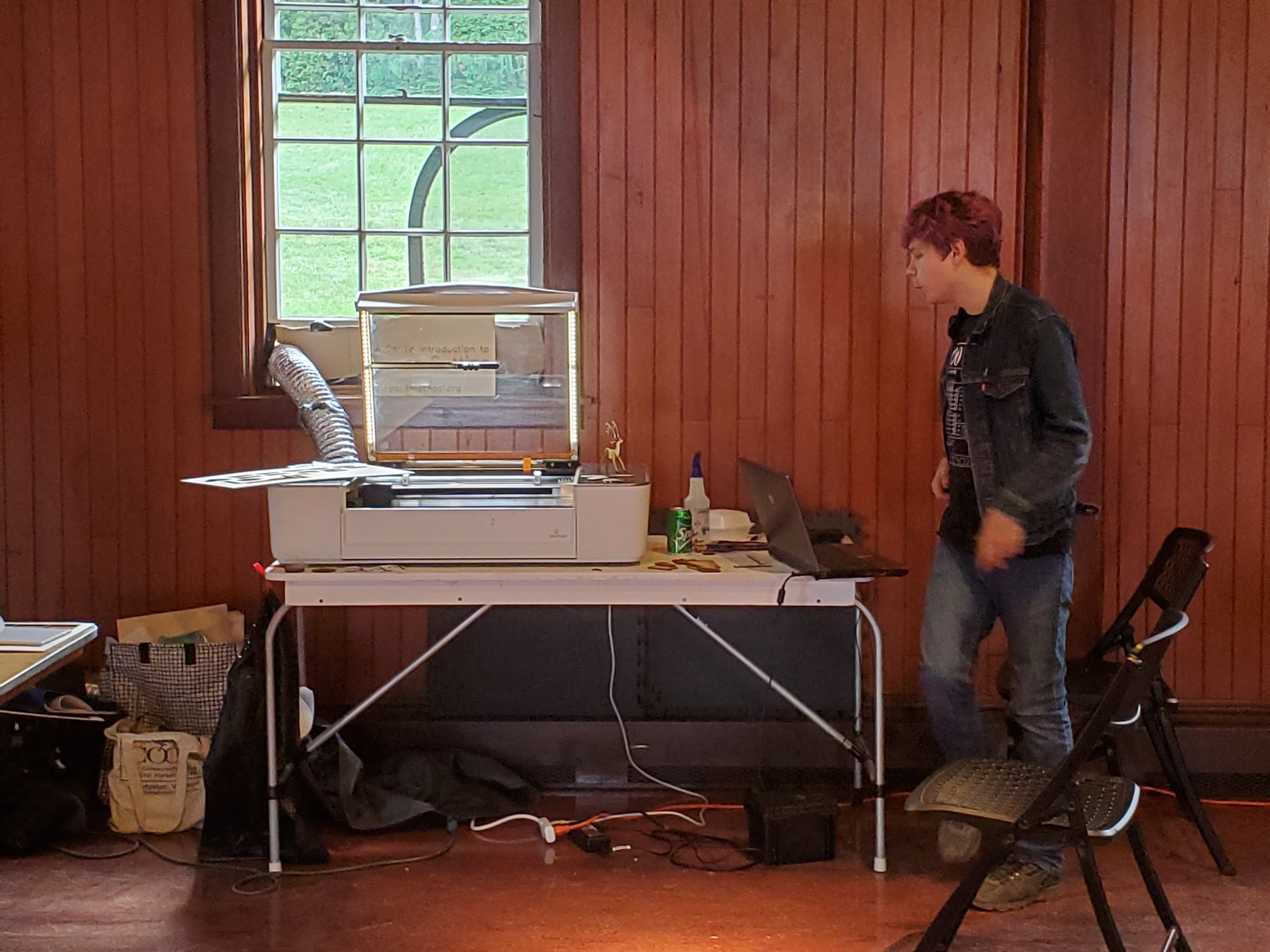 The exhaust went out one of the Coach Barn’s venerable windows, with some scrap corrugated cardboard to block the rest of the opening and another custom-bent cardboard piece to hold it away from the building and point the exhaust outwards. (And thanks to the CMF staffer who reassured Shelburne Farm folks that no cinders or burning debris would be coming out of the exhaust hose to set their historic structure ablaze.)

We gave away a bunch of Glowforge “Gift of Good Measure” keychain dongles, and also developed a pretty good workflow for cutting random drawings for people: I handed the mark — er, deeply interested technophile — a sharpie and a piece of plain square tile to draw something simple on. My son (the purple-haired one at the laptop) scanned the tile with the bed camera and set things up for engrave and cut, and then we zapped the image onto a piece of baltic birch. A squirt of spray cleaner and a wipe with a paper towel later the tile was ready for the next victim.

During a little bit of off time I also tested 3D engraving on baltic birch. The stuff does a great job of taking different shades of color under variable power, but as for variable depth, nuh-uh. Too much char, too little variation, weird texture. So next show (if there is a next show) I’ll be taking along some solid wood as well.